Futuristic jet fighter combat on the go!
This game is our true first hit: it's been part of the iPad3 launch keynote and set the bar for graphics and quality at that point. It features an intense single-player campaign and heart racing online multiplayer modes.
Play Trailer! 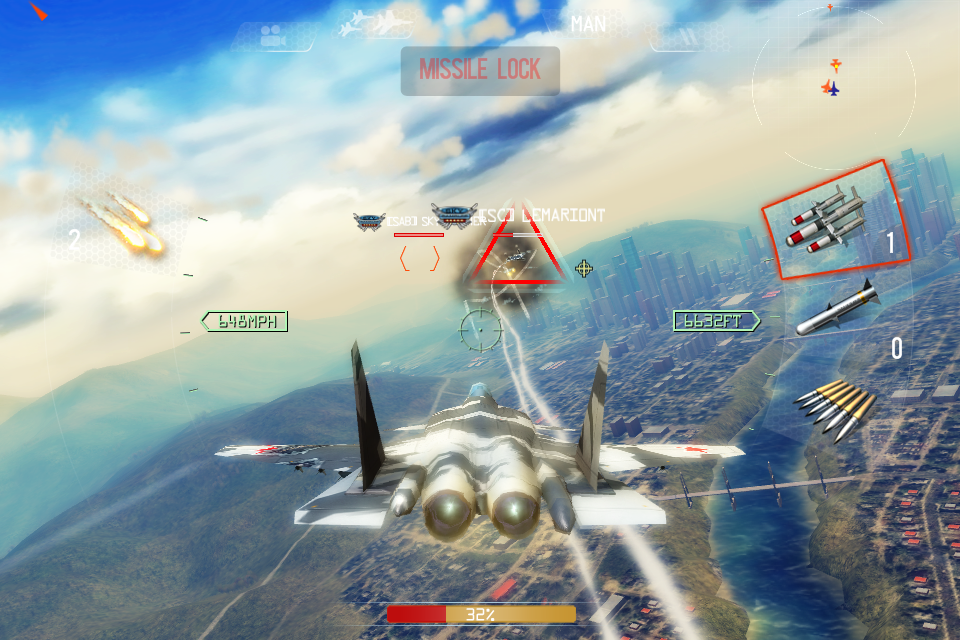 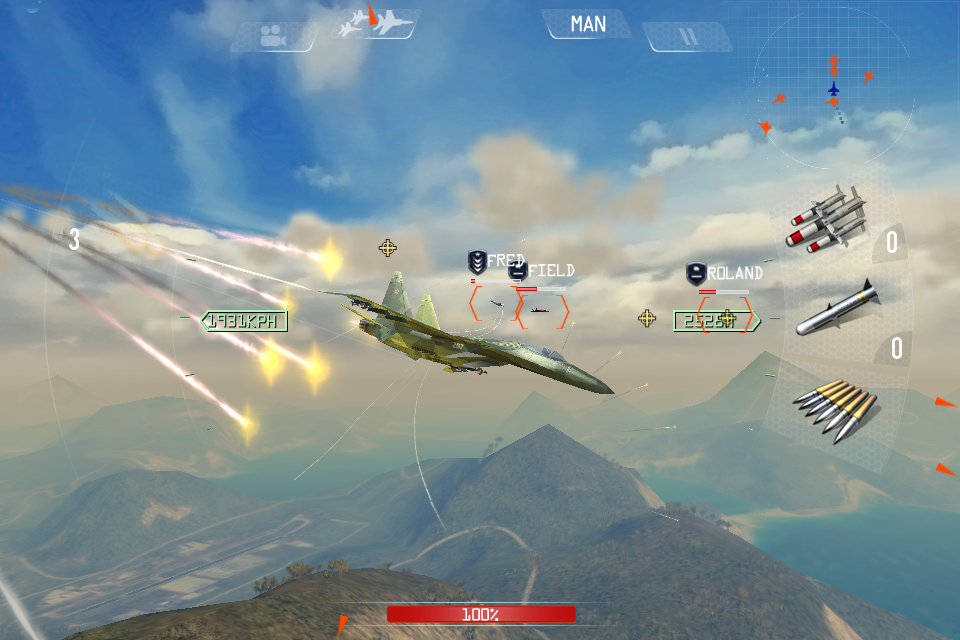 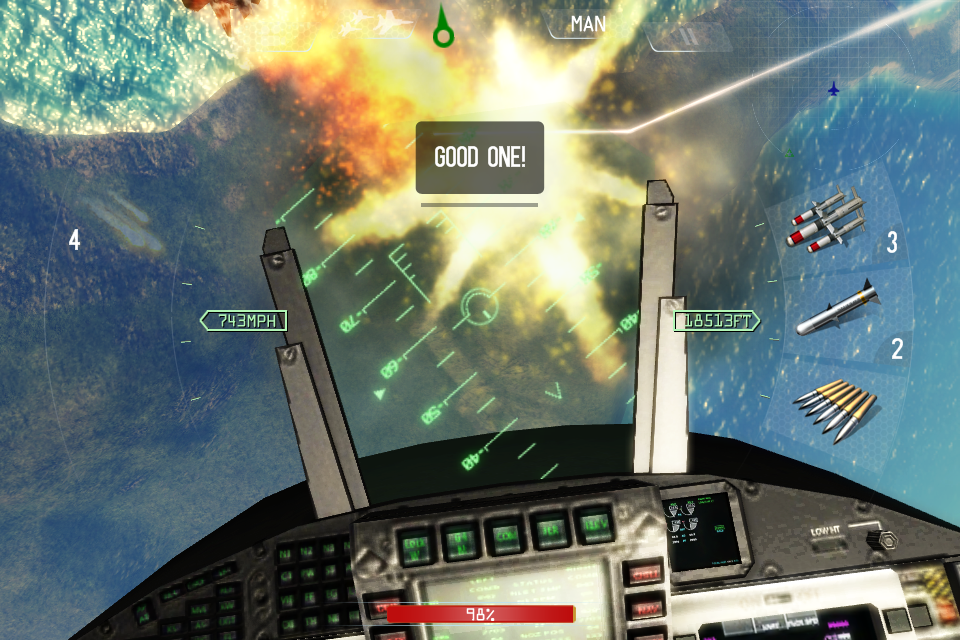 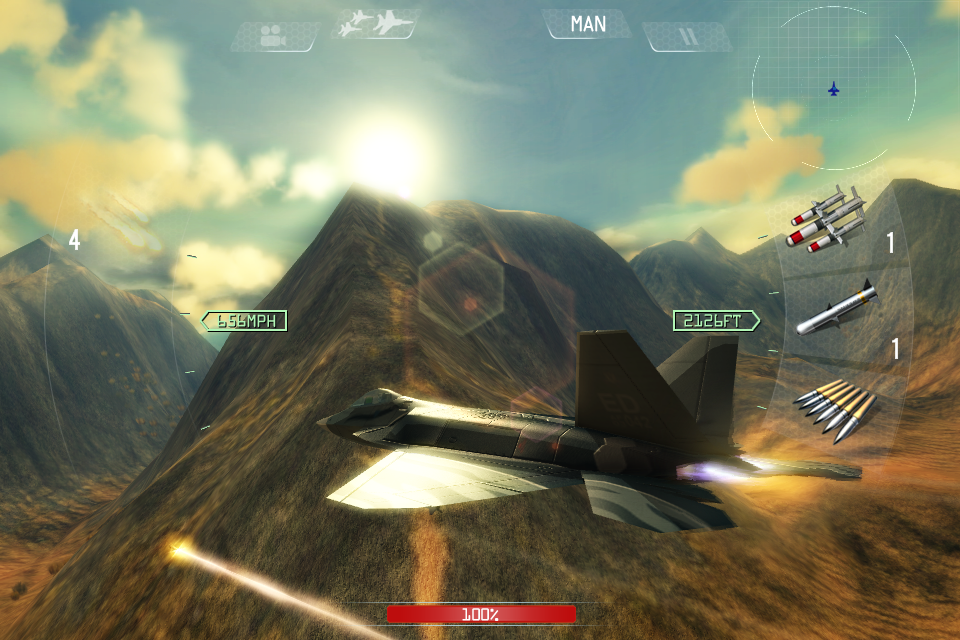 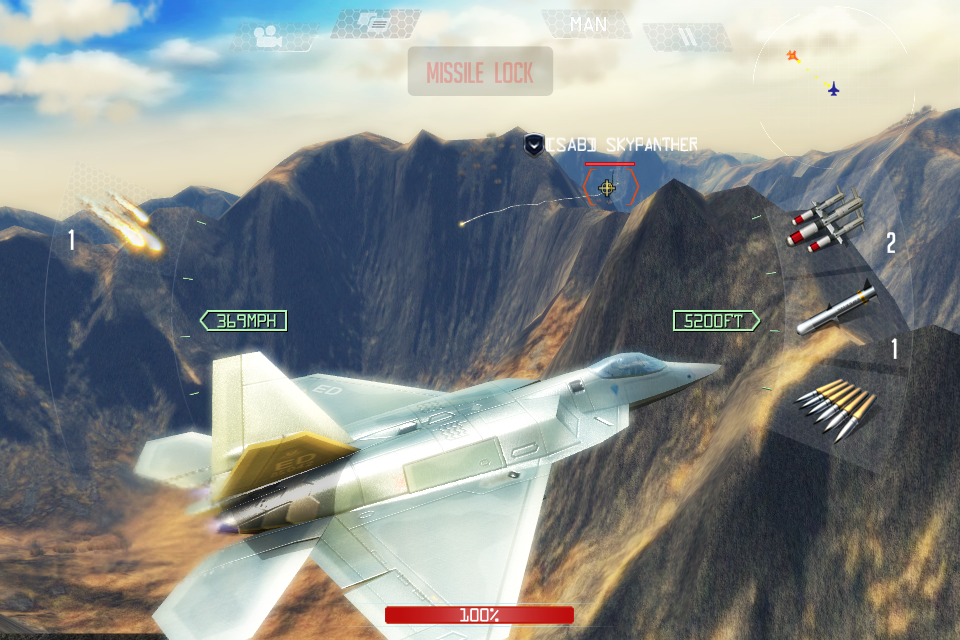 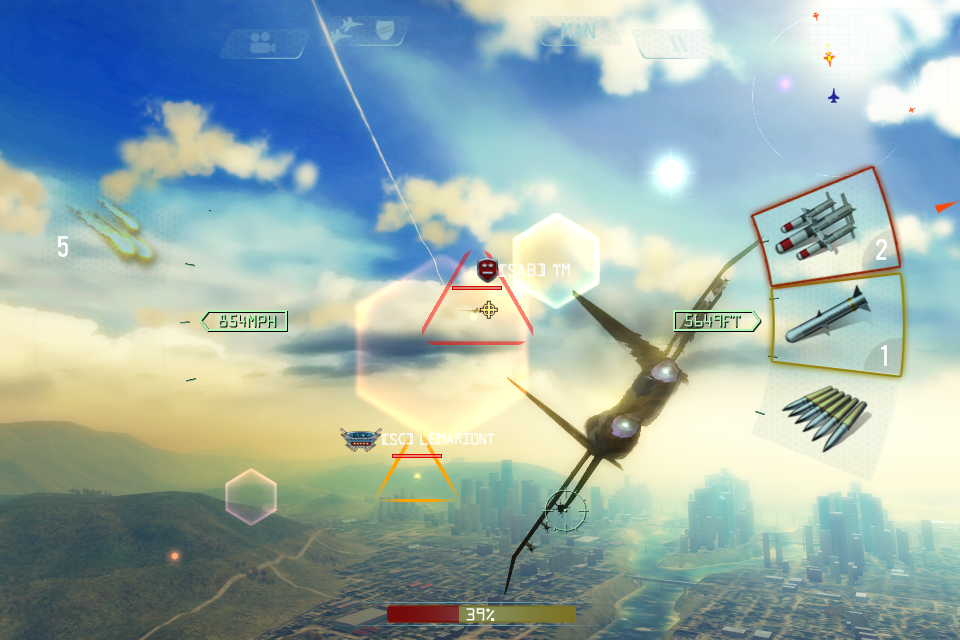 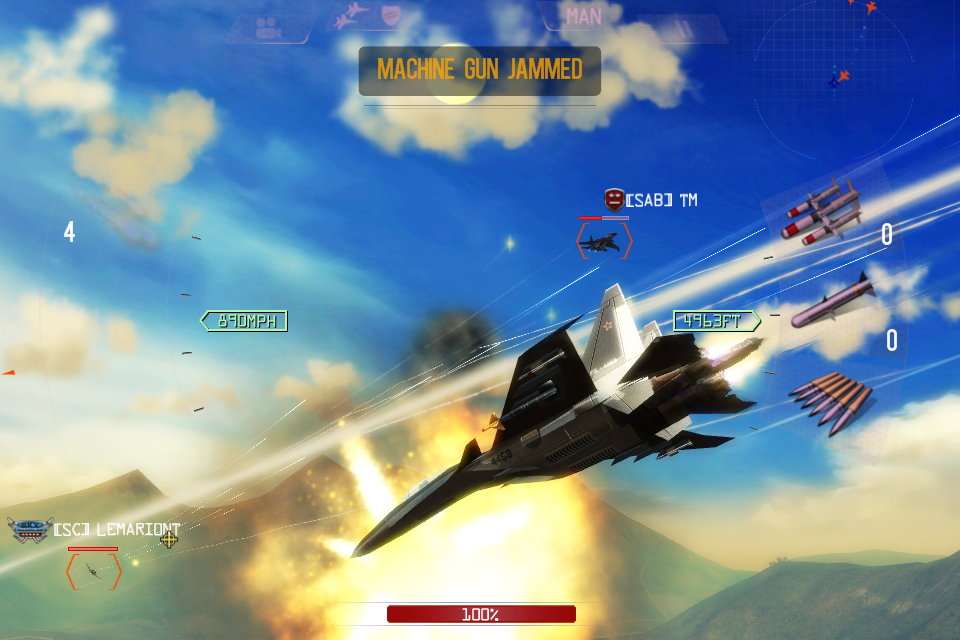 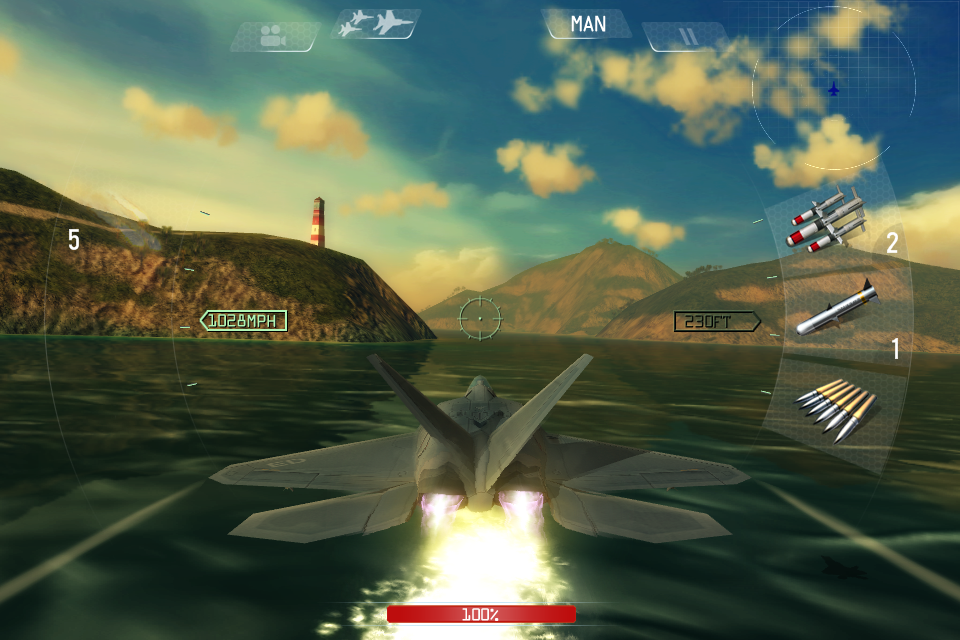 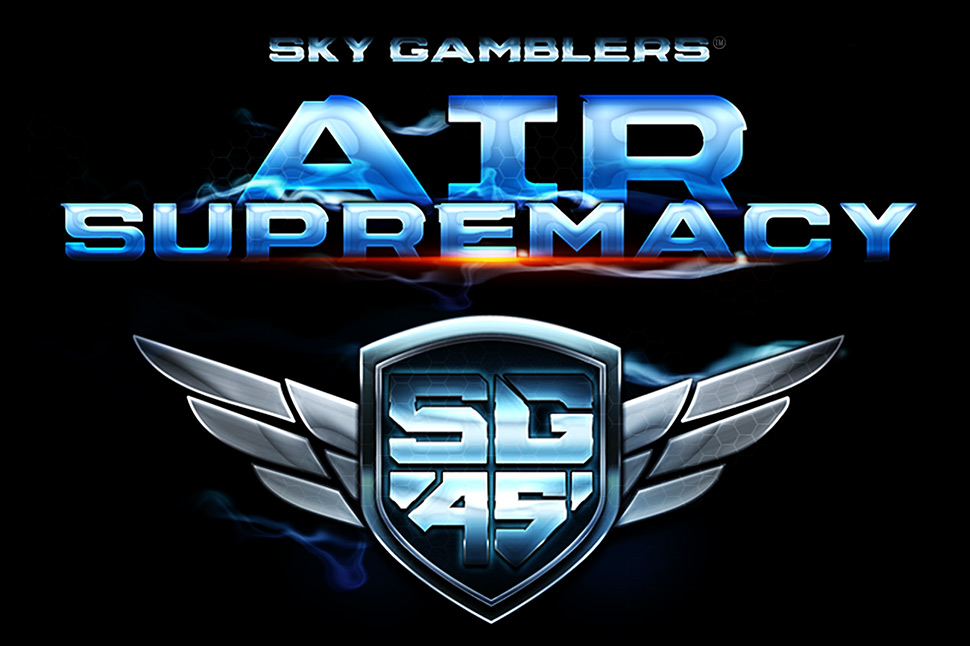 FORGET EVERYTHING YOU’VE PLAYED! THIS IS THE ULTIMATE air combat game taking the world by storm! Designed with the latest iOS technology and features, Air Supremacy is a never-before-seen 3D experience. With an extensive campaign mode and revolutionizing multiplayer modes, the nonstop action always keeps you at the edge of your seat!

Do you have what it takes to become the supreme lord of the skies?
A LEVEL OF GAMING NEVER SEEN BEFORE ANYWHERE AND IT’S ONLY ON iOS! Until now only consoles could deliver such an immersive audio visual gaming experience. With iOS, Sky Gamblers: Air Supremacy on iPhone, iPod touch and iPad brings you unparalleled visuals, special effects and audio including: bump mapping, atmospheric scattering, volumetric clouds with realistic lightning, sun glare, day & night transitions, God rays and more! And with Airplay, it’s explosive entertainment for all your friends and family!

AN OPTIMIZED EXPERIENCE AVAILABLE ON IPAD and IPHONE 4S:
Only the newest iOS devices could offer the types of enhancements anyone has ever experienced while playing-on-the-go or at home on a tablet: 4X greater detail for high definition textures, 4X anisotropic filtering, High Dynamic Range (HDR) rendering, post processing: radial blur and jet engine heat haze, refraction of the water drops on the cockpit and on the screen and more!
OVER 40 JET CONFIGURATIONS AND 10 HOURS OF GAMEPLAY IN CAMPAIGN MODEARENAS OF MORE THAN 40 BILLION SQUARE FEET OF ON LAND AND SEA! Plunge yourself in an incredibly rich and challenging campaign mode. Missions and objectives are on land and sea, over deserts and oceans where only your skills at evasive manoeuvres and squadron command can make a difference, or over busy urban or mountain landscapes where acceleration and firing tactics will push you on the edge at every corner!

AN EXPANDING RANGE OF ONE-PLAYER MODES
Already finished with the campaign mode?! Now expand your skills with Dogfight Missions, Survival, Free for All, Team Deathmatch, Capture the Flag, Defend the Base and more to come in the future! The total game arenas are over four times the size of New York City!

AN UNRIVALLED COLLECTION OF ONLINE MODES FOR A UNIQUE MULTIPLAYER EXPERIENCE
Invite your friends to come and play online in collaboration or all the other types of modes available: Survival, Free For All, Team Deathmatch, Capture the Flag, Defend the Base. Use the chat to perfect your coop strategy or simply let go on your rage! There will be more modes to come in the future, so let the game begins and send us your suggestions for new future modes! JOIN ONLINE NOW!

CUSTOMIZE YOUR GAME AND ELEVATE YOUR SKILLS
Customize your controls, your learning curve and the intensity of action you want to see onscreen: Air Supremacy has been designed for players from all generations and levels. Veteran or novice, each mode has an incomparable replay value depending on how you want to play. If the difficulty is more than you can bear, switch on the auto-pilot and fire all these missiles to your enemies online and the many one-player modes!

PLAY AND GET REWARDED
You only get 3 jets at the beginning. To unlock all 40+ jets configurations and the secret fighter, you will need to play the game regularly in one-player modes to move up the ranks and unlock more jets and features. And if you dare try your skills online, you’ll get 3X more points!

A NEW EPISODE IN THE SKY GAMBLERS SERIES AND SPECIAL REWARDS FOR THE FANS!
Air Supremacy is the second episode in the series Sky Gamblers published by NAMCO BANDAI Games America. If you already have the first episode Rise of Glory you’ll get access to exclusive content. If you have not explored the world of Sky Gamblers yet, go get Sky Gamblers: Rise of Glory or try the lite version NOW!

MORE TO COME!
Become a fan of Facebook and twitter now and get ready to receive exclusive information about special events, future updates and special downloadable content packs!!!

To play online requires a wi-fi or internet connection.

Brad Nicholson
toucharcade.com
«If you have a new iPad, this is clearly one of THE games to get»